A cooperative community in Rockland county of New York 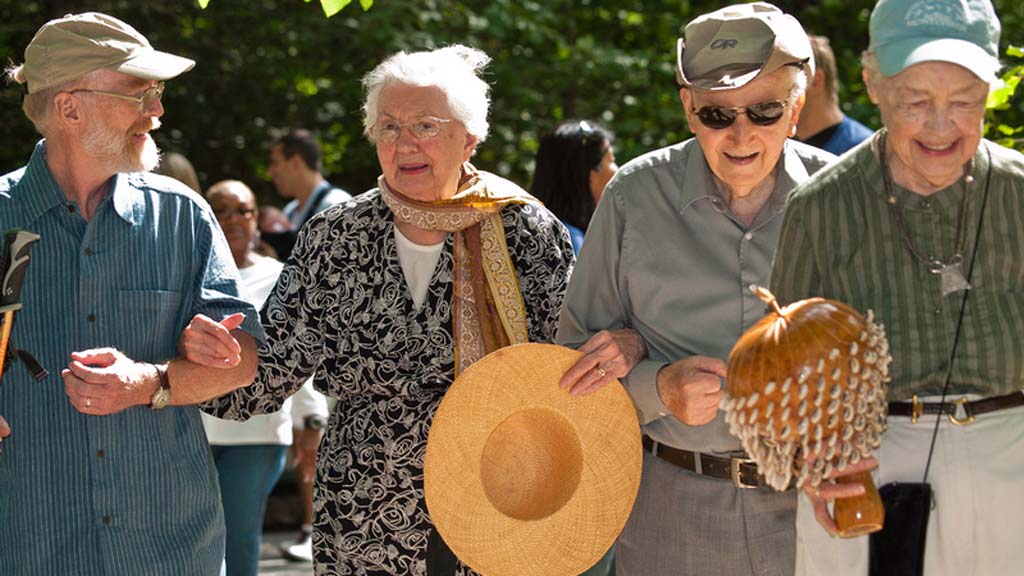 Anything but a typical suburb...

Set on 115 wooded acres in the historic Hudson Valley and surrounded by state and county parkland, it boasts an old-style stream-fed swimming pool—in Spring, the man-made pond is home to a pair of nesting mallards—a ball field carved from the forest by the residents themselves and roads built by the hard labor of the community’s founding fathers and mothers.

At once close-knit and all-embracing, Skyview was one of the first suburban communities in the United States to welcome members of racial minorities, and it has continued to grow and prosper for 60 years in a spirit of open-mindedness cooperation and volunteerism.

It all began during World War II.

Iver Iverson was a soldier serving in the ski corps in the Italian Alps. His friend Alfred Hassler was also serving—three years behind bars at Lewisburg Penitentiary as a conscientious objector. In lengthy correspondence, the two gradually gave life to a dream: When the war was over they would form a community where diverse, peace-minded people could live in harmony.

It would be “a venture of faith and persistence,” Hassler recalled years later.

After the war, Hassler and his wife Dot, Iverson and his wife Jean and their mutual friends Elliot and Margaret Finlay set out in Hassler’s ’37 Ford to find the place to build their new life.

As their search for affordable land gradually narrowed to Rockland County —they had explored but rejected sites in Long Island, Westchester and New Jersey—word of their progressive dream spread and the number of people interested in joining them broadened. In March 1946, at the old Labor Temple on Manhattan’s 14th St., nine families formed a non-profit corporation and pooled their resources.

After months of combing the county for suitable sites, they discovered a 152-acre abandoned farm and orchard “with only an old woods road wandering part way back” off what is now Route 45. It seemed perfect. But the price tag was staggering– $29,500. After suffering the double whammy of the Depression and then the war, the founding families were all virtually broke, and loans were hard to come by. Where was the money to come from?

Bankers generally considered ‘cooperative’ synonymous with ‘communist,’ and as the late Charles Lawrence, a sociology professor and one of the first African Americans to move into Skyview, once told an interviewer: “The fact that we accepted people regardless of creed, color and politics gave us some difficulty.”

And then–miraculously some thought–the project was saved. Two Quakers, Elliston Morris and Sam Cooper, strangers to the group and to each other, independently learned of the group’s aims, and of its plight. They offered loans totaling $16,500. Both lenders offered the same terms: no interest, pay it back when you can. Cooper Morris Drive in Skyview is named in their honor.

The homesteaders bought the land in January 1947, and a local engineer agreed to build their houses for cost plus $500. Within a year there was a waiting list of more than 20 families eager to join the nascent community. They chose their future home sites by lot, and set up a revolving fund into which each family put $500. They used the money to build the first three houses. When those were completed the owners would get mortgages, repay the revolving fund and build the next three.

Meanwhile, the founders set about plotting the land and clearing it, building the roads, and creating the community ballfield and swimming pond.

The cost of having the road built professionally was “a huge figure we couldn’t touch,” Hassler later recalled, so group members decided to do the work themselves.

“I’ve never chopped down a tree in my life but I don’t see why it should require all that much skill and knowledge,” one of the pioneers, Jascha Weisberg, proclaimed. “Why don’t we clear the land ourselves?” And they did.

“We went out every Saturday with our axes and saws,” Iver Iverson told a reporter years later. “It was really the most unskilled bunch of laborers you ever saw. But nobody ever got killed….”

The ballfield and swimming pool were created the same way.

“Despite the fact that machines did the leveling and digging [for the ballfield], hundreds of man hours went into the work of filling the ditches, removing stones, liming and seeding with perennial rye grass and building the back stop,” according to longtime Skyviewer Irv Wolfe. “The pool was being built at the same time so there was plenty for volunteers to do.” In 1995, nearly 40 years after the playing field was completed, it was christened “Wolfe Field” in honor of the hundreds of volunteer hours Irv donated to the project.

Volunteering—in the cleanup that precedes the opening of the swimming pond each summer, in periodic litter removal projects, in putting out the quarterly community newsletter “Skyviews” and in maintaining a community blog–is still very much a part of Skyview life. As are traditional celebrations: the annual Winter Doldrums Party with its potluck dinner and homegrown entertainment and Skyview Family Day in summer, with its rag-tag parade, ball game and evening feast.

As one of the founders put it not long ago, the original Skyviewers set out to found “a cooperative community, nonprofit, in which there would be no discrimination against anybody for reasons of race, color or anything else and in which we…could raise our kids in a good community setting.”

That was 60 years ago, and Skyview is still going strong.